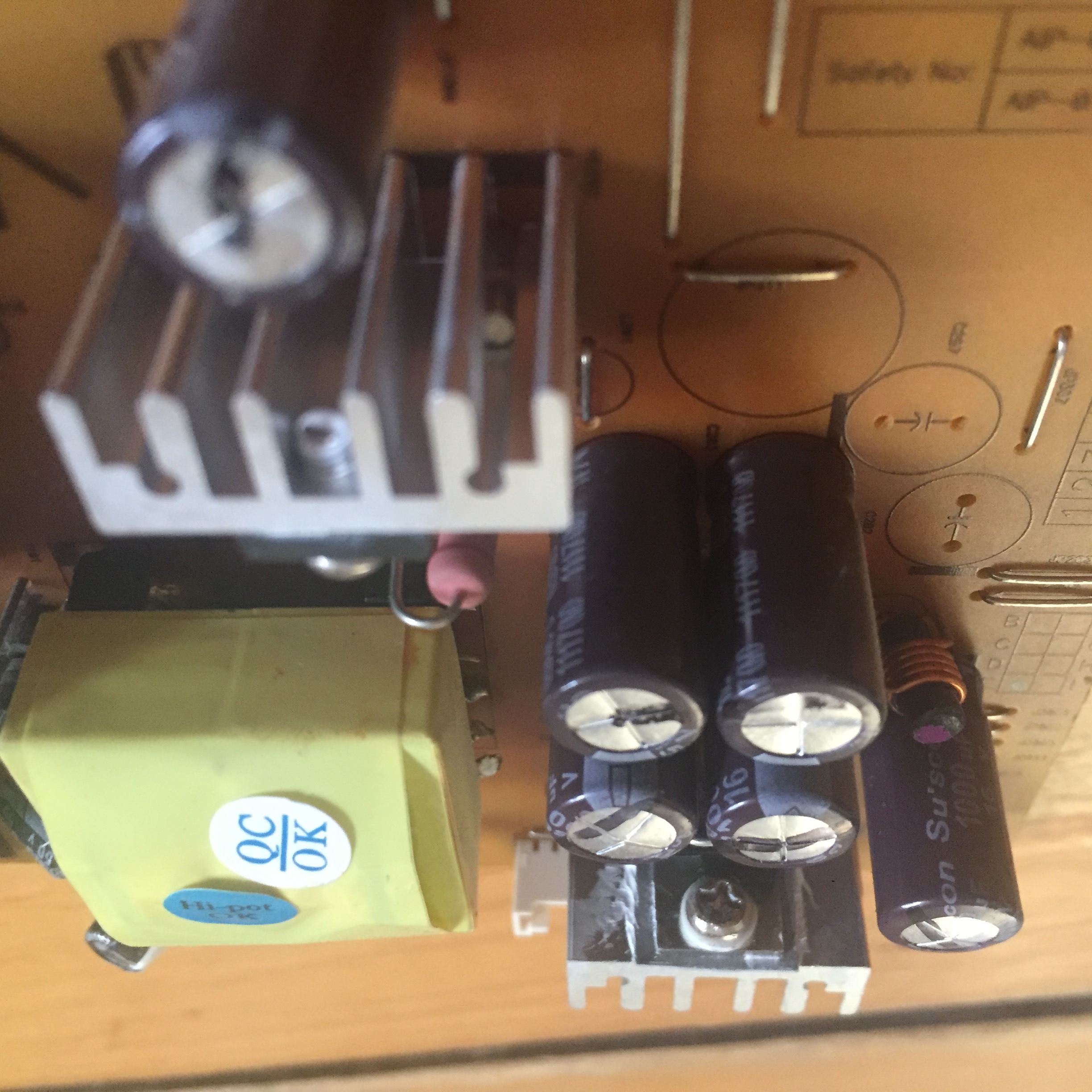 Throw them away when they've got holes in them and buy new. 'The more stitches, the less riches.' Isn't that right?

A little over a year ago my computer monitor died. I was sad to see it go but I figured I had recouped the cost and I was justified in buying a replacement. That said, it seemed odd to me that what was otherwise working one day was broken the next. So, I decided to take it apart first and see if I could diagnose the issue. There was at least one immediate concern which is visible in the image above. Three capcitors had failed on the power board. The repair was straightforward and I was able to replace the capacitors for $3.80 and save the cost of a new monitor.

Fast-forward to the present and I now have an iPhone which has a dead battery and a broken screen. This is another trivial repair. However, Apple does not make it so because the components cannot be purchased. So, I can either pay a premium to have Apple do the repair or buy a new phone and throw the old one away. This is all too familar in today's world:

Consumerism at its finest. And so, I'm left fantasizing about a world in which repairing the old is easier than buying the new.